Reaction To The Bruce Jenner Interview

I never thought I would hear Bruce Jenner admit to the world that he’s always identified as a woman.  I still remember the Bruce Jenner of the late ’70’s and ’80‘s, the personification of masculinity.  He was the all-American golden boy and although I was very young at the time, I looked to him as a hero. 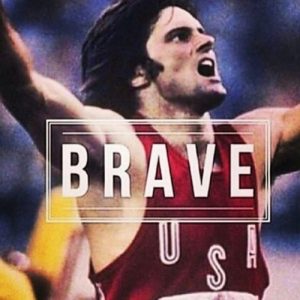 There are those who have said that his sudden interest in being female is just another tacky publicity stunt by the Kardashian media empire. But nothing about his interview with Diane Sawyer this week appeared gimmicky or staged.  Mr Jenner was honest and clearly he has been struggling with this issue for many, many years.  In his interview he discussed cosmetic surgery and going forward with physical changes to achieve a more feminine look.  While I was once among those who thought that his facelift, eyelid lift, and rhinoplasty were all somewhat drastic and overdone, it is now clear that he was seeking a more feminine appearance.

I’ve been treating transgender patients for many years now.  We welcome them into the practice and we offer many feminizing procedures for the face and body.  I remember my first consultation with a transgender patient, and I’ll freely admit that it was unfamiliar territory.  The patient could tell that I was not accustomed to discussing breast augmentation and facial feminization procedures with transgender patients.  The first hurdle for me was accepting that this was indeed a female, “she”, and the second was moving past her obvious male physical characteristics and talking to her in the same way I would an anatomically female patient.  But this patient understood and she was open and honest with me. She had been on feminizing hormones since the age of 16 and she had “B” cup breasts and soft features.  Ultimately I performed breast augmentation on that patient and she has continued to refer her friends and family to the practice for years.

From those first few patients I’ve established a great following in the transgender community and the patients literally travel from all over the world to our office in Atlanta.  Through the transgender community I’ve gained invaluable experience with facial feminization procedures such as facelift, eyelid lift (blepharoplasty), necklift, browlift, and rhinoplasty.  But facial feminization also involves softening the face with procedures such as cheek augmentation, chin and jaw reduction, glabellar (brow) reduction, lip augmentation, and buccal fat removal.  In recent years we have improved techniques for injecting autologous fat and fillers such as Restylane, Radiesse, and Juvederm to aid with feminization. 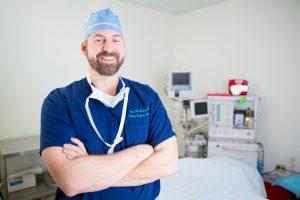 Unfortunately many transgender patients are turned away by plastic surgeons and cosmetic surgeons.  Many doctors are under the impression that these patients have unrealistic expectations or that they want to transform their male appearance into that of a Barbie doll.  I don’t find that to be the case at all.  I find that most transgender patients have very reasonable expectations for surgical results.  They want what every cosmetic surgery patient wants, to look like a better version of themselves.  When transgender patients are rejected by medical practices they often turn to dangerous procedures such as black market injection of industrial grade (non-medical) silicone, PMMA, and other substances. These injections are frequently performed in hotel rooms or in people’s houses or apartments and there is no guarantee as to what type of substance is being injected.  The clear liquid in those syringes could be industrial grade silicone or it could be tile caulk or even tire filler.  Many of my transgender patients have had these substances illegally injected into their faces, cheeks, lips, breasts, and buttocks with terribly deforming results.  I’m often asked to remove these substances or to improve the appearance of the affected areas but unfortunately the treatment options are very limited.

I hope Bruce Jenner’s revelation has a strongly positive effect on the transgender community.  I hope that it improves how transgender and transsexual patients are viewed as both people and as patients in medical practices.  We cannot prevent people from turning to black market treatments such as silicone injection, but if these patients felt more comfortable walking into a physician’s office and discussing their concerns then they would be much less likely to seek illegal body and facial modifications.

For information on procedures performed by Dr McCluskey and the Plastic Surgery Institute of Atlanta, visit

Breast augmentation is a great way for patients to enhance the female figure and in many cases improve self esteem. This young transgender patient had undergone silicone injections into her breast tissue in the past. Following consultation with Dr McCluskey, the patient chose to undergo a breast augmentation with 550cc silicone breast implants while having Dr McCluskey simultaneously remove any of the old injected silicone and scar tissue. When silicone is injected it is extremely difficult to remove and only a limited amount can be removed with out causing safety risks for the patient. The patient selected a periareolar incision, meaning the incision line is around the nipple. Please watch and leave any comments or questions you may have!

For more information on procedures offered by Dr McCluskey and the Plastic Surgery Institute of Atlanta visit:

Breast augmentation has long been the most popular procedure in plastic surgery as well as being a hugely important step in many gender reassignment cases. In transgender breast augmentation cases the choices of implant types and sizes is exactly the same, with the same beautiful results expected, but there are some points to take in to consideration.

Typically in male to female transgender cases the patient has broader chest and shoulders that will accommodate larger implants, smaller implants may look too narrow and appear unnatural. As well as a wider chest, nipples will typically be lower on  a male chest than a females so the natural breast crease will often have to be lowered so that the nipple is more centered on the implant.

Another aspect that is important during consultation is whether the patient is currently using hormone therapy. Patients who have been using hormone therapy will tend to have developed breast tissue and this can be associated with ptosis (or drooping) that would have to be taken in to account when planning the procedure. Many transgender patients are good candidates for trans-axilalry augmentation where the incision is made in the armpit because of the lack of ptosis of the breast tissue.

Finally it is important for the patient to pay close attention to instructions from their surgeon to allow the implants to ‘drop’ in to a natural position on the chest. Because the pec muscle is generally larger in transgender patients the muscle has a tendency to hold the implant higher on the chest wall, with massage and compression the implant will fall in to a lower and more natural place on the breast.

For more information on procedures offered by Dr McCluskey and the Plastic Surgery Institute of Atlanta visit http://sexualaesthetics.com/