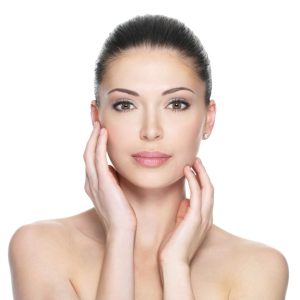 Adults and children with protruding ears tend to be very self-conscious of their irregular ear shape and they often seek surgical options for correction.  Men and women with this condition tend to wear their hair longer in an attempt to hide the protruding ears.  The procedure designed to reposition or set back protruding ears is called an otoplasty.  The abnormal position of the ears and lack of normal ear folds may be dramatically improved with the surgery.

Dr McCluskey performs cosmetic & reconstructive ear surgery to reshape large, deformed or protruding ears.  Ear surgery, or otoplasty, can provide immediate and often dramatic aesthetic results.  This can can range from the total reconstruction of a child’s ear to the minor correction of a torn ear lobe from an ear ring tear. Any procedures that are done to reshape or reconstruct the ear can be referred to as an otoplasty.  That said, in Dr. McCluskey’s practice the term otoplasty typically applies to an ear-pinning, or reshaping protruding ears to appear more cosmetically pleasing.

Prominent ears require reduction and reshaping of the bowl or concha of the ears.  Some patients have normal fold patterns in their ears but the ears protrude.  Others have protruding ears with essentially no visible folds.  Because “normal” ears have a characteristic pattern of folds, an important part of an otoplasty procedure involves re-creating these folds by bending cartilage. Most incisions are hidden behind the ears. Thorough knowledge of the different techniques in this situation allows for modification or customization of the procedure based on the patient’s specific needs. The earliest age for this is usually considered to be also at the age of 5-6.

Gallery Look and Feel Your Best

Torn earlobes are a relatively common occurrence.  They can result from a nickel allergy (usually undiagnosed) which causes the ear piercing to elongate over time and can ultimately result in a completely split earlobe.  Torn earlobes can also occur after accidentally or purposeful ear ring injuries. Fortunately, no matter the cause, the repair is a relatively simple outpatient procedure. The most common approach is to excise the hole and surgically close it. You can often re-pierce the ears in 3-6 months. This surgery is often done under local anesthesia.

Dr McCluskey sees an increasing number of patients desiring reconstruction of earlobes from both large and small gauges.  The correction and reconstruction of gauged ear lobes often require flaps of earlobe tissue that are arranged to reconstruct the earlobes. While these procedures are more involved than a simple repair of a torn or split earlobe, many patients with gauges find that potential employers (especially those in customer service) prefer candidates without visible piercings or tattoos.  Re-piercing of the earlobes can occur 3-6 months later depending on the healing.