If you’re looking for a more ample derrière then you’ve probably read all about the hugely popular Brazilian Butt Lift and the less common butt implants. So if you’re choosing between the two what should you really be considering?

For starters, the actual procedures are completely different: a Brazilian Butt Lift involves liposuction of the stomach, thighs and lower back and the transferring the patient’s purified fat to the buttocks through small incisions to completely reshape the lower body. Butt implants simply involve the insertion of a silicone gel implant in to the butt cheek.

The incisions for the Brazilian Butt Lift are small and hidden in the natural contours for the body, when using a butt implant the scar is longer to allow for the insertion of the gel implant but is normally hidden between the cheeks.

The risks for each procedure, like any surgery, involve pain, discomfort and infection. Brazilian Butt Lift uses your own fat and is highly successful in creating a bigger buttock. Implants have been known to be more problematic, with implants sitting too high or low (as they can with breast implants), or flipping as you can see below! This occurs when implants are placed above the muscle, instead of below. Each comes with a very specific set of after care instructions that involve a lot of down time and not applying pressure to the buttocks, which Dr McCluskey explains in detail to each patient individually depending on which procedure is right for them.

I’m a history nerd.  I majored in history in college and I enjoy gaining a historical perspective on the procedures I perform.  This led me to ask the question, is the desire for larger buttocks, and society’s adulation of celebs with ample “junk in the trunk” a new trend, or does it pre-date surgical techniques such as the Brazilian Butt Lift?  When did our fascination with bountiful butts start? 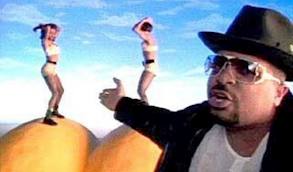 The desire for curves, for a generous derriere, is indeed not a new phenomenon.  While Sir Mix-a-Lot’s infamous song “Baby Got Back” wasn’t written until 1992, artists have consistently expressed their appreciation for large buttocks dating back to the late 1st century, B.C.  In Greek, the root word kalli means beautiful and pygian means buttocks.  The statue of Aphrodite is also known as the Venus Callipyge, or Aphrodite Kallipygos, focusing the attention on the statue’s rounded glutes.  Throughout history there is strong evidence of our fascination with large buttocks.   In the early 20th century Havelock Ellis published Studies in the Psychology of Sex, in which he described the cultural sexual characteristics of the buttocks: Thus we find, among most of the peoples of Europe, Asia, and Africa, the chief continents of the world, that the large hips and buttocks of women are commonly regarded as an important feature of beauty. This secondary sexual character represents the most decided structural deviation of the feminine type from the masculine, a deviation demanded by the reproductive function of women, and in the admiration it arouses sexual selection is thus working in a line with natural selection. 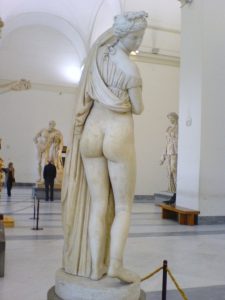 Regardless of the reproductive implications of large buttocks in women, this ideal has a firm hold in contemporary culture as well.  Art, television, movies, and music have frequent references to the attractiveness of a bountiful bum.  Kim Kardashian is a worldwide household name who has never had a lead role in a film, never held a government office, never written a bestseller, and never sung a Grammy-winning song – she is famous because she is beautiful and she has a huge, attractive butt.  If patients visit the plastic surgeon to discuss their derriere, Kim Kardashian’s name will be part of that conversation.  The take home message is that society has adored women with big butts for centuries.  Our appreciation for an ample derriere dates back to antiquity  – it’s not a trend and it certainly didn’t start with the advent of the Brazilian Butt Lift.  The good news is that for the first time in history plastic surgeons can safely transform a woman’s figure to resemble the Aphrodite and her kalli (beautiful) pygian (buttocks).

Squats are a fantastic way to strengthen, tone, build, and lift the thigh & gluteal region.  Anyone who consistently adds squats to their workout will see great results.  But squats will not give you the same look as a Brazilian Butt lift.  Patients who come to me for liposuction and fat transfer are typically looking for a rounder, curvier appearance, and that cannot always be achieved through exercise. 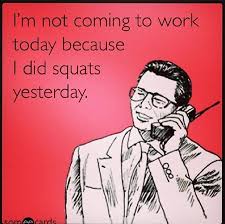 Where I see exercises like squats or leg presses making a huge difference is in the lower part of the buttocks at the gluteal crease of the posterior thigh.  This area responds well to toning through exercise and it will lift the lower part of the buttocks.  During a Brazilian Butt lift I contour this region by performing liposuction of posterior thigh to enhance the curvature between the leg and the lower part of the butt.  When I take the suctioned fat and augment (add to) the butt it gives a beautiful, lifted appearance.  In a perfect world patients would use a procedure such as Brazilian Butt lift to enhance the results they receive from exercise.  In lower volume fat gluteal fat transfers (250-400cc per side) the addition of a squat regimen markedly enhances the roundness of the buttocks.  But in higher volume fat transfers (500-1200cc per side) so much fat is added to build and sculpt the buttocks that squats probably do not make a huge difference in terms of appearance.

Brazilian Butt Lift | Before & After

I still believe that any exercise is good exercise but squats are not for everyone.  For those with chronic knee, hip or back pain squats can be tough to perform without risk of further injury.  I’ve seen the comments online which say “why waste your money on a bigger butt when you can just do squats?”  It’s a fair question but many of our Brazilian Butt Lift patients desire a significantly larger butt than squats can provide. If you look at our BBL patients’ before and after photos and compare them to before and after photos of the 30 day squat challenge you’ll see a pretty clear difference.

For more information of services offered by Dr McCluskey and the Plastic Surgery Institute of Atlanta visit: http://sexualaesthetics.com/