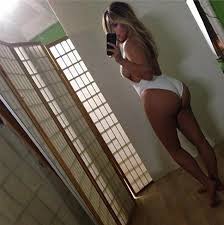 The interent is buzzing about Kim K’s revealing IG pic, a post partum selfie that highlights her assets.  If the rumors are true, and she actually gained 70lbs during her pregnancy then this post-baby body would be nearly impossible to achieve this quickly.   Many are speculating about how fake or real Kim’s butt appears in the photo.  I don’t know exactly when she gave birth to baby North West but it’s entirely possible that she underwent a Brazilian Butt Lift procedure involving liposuction and transfer of the fat to the buttocks.  Considering her rumored 70 lb weight gain during her pregnancy the photo is pretty unreal but Kim is a beautiful woman and she seems to gain weight in all the right places. Whether the result is natural or enhanced, she looks fantastic and her curvy figure has helped debunk the myth that women need to be rail thin to be considered attractive.  The most commonly desired celebrity body types among

If you’re interested in a Brazilian Butt Lift call today to arrange a consultation! 404-255-3555

For information on other procedures offered by Dr McCluskey and the Plastic Surgery Institute of Atlanta visit http://sexualaesthetics.com/

Kim Kardashian is in the news as usual, but this time people are causing a stir by suggesting that the 33-year-old new mom dropped 50lbs not through hard work and dedication but through cosmetic surgery. 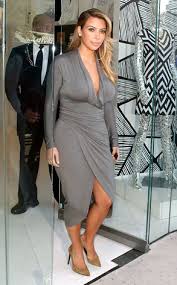 You can read more about the story here, but the basic gist of the story is that, despite it being nearly six months since little North West was brought in to the world, a lot of people are extremely dubious that Kim could have naturally lost all that weight in that amount of time to the point of filming a nude video with her husband-to-be Kanye West.

Reports suggest that Kim spent upwards of $60,000 to regain her infamous and highly sought after curvy figure after she piled on the lbs during her pregnancy, but she responded angrily claiming that she worked extremely hard to attain the hourglass shape that so many women desire.

Whether Kim Kardashian had surgery or not, she looks great and thousands of women will continue to emulate her appearance. If she had not dropped the baby weight it’s very likely these same tabloids would have still slammed Kim and found a reason to discuss her post baby body. So, in reality, who cares? I think that most people with that many critics would do everything they can to look their best.