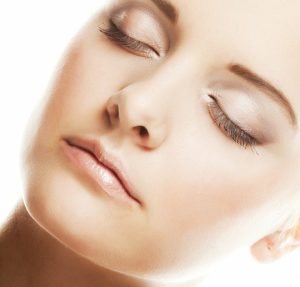 Botox and Xeomin are two popular FDA-approved neuromodulator injections for non-surgical wrinkle reduction. Both Botox and Xeomin consist of a wrinkle reducing agent known as botulinum toxin type A, however the two injections have some differences in their use and formulation. The Plastic Surgery Institute of Atlanta (PSI), led by plastic surgeon Dr. Paul McCluskey, provides Botox and Xeomin treatments for the correction of wrinkles and fine lines to patients in Atlanta, Marietta, Georgia, and surrounding locations.

What is the difference between Xeomin and Botox?

Xeomin is different from Botox as it is considered a “naked” neurotoxin. Xeomin does not contain protein additives in its formulation, while Botox does. This purified form of botulinum toxin is meant to help prevent antibody resistance that may occur with injections administered over time. Xeomin may take a day or two longer than Botox to deliver final results, but is still very similar in terms of treatment. Patients can expect to need treatment repeated every three to four months with either injectable, and both are equally effective. Price wise, Xeomin and Botox are also very similar in cost.

Treatment Areas with Botox and Xeomin

Frown Lines: The frown lines between eyebrows, also known as the glabellar lines, can be treated using either Botox or Xeomin.

Forehead lines: Horizontal lines and creases in the forehead can be reduced and smoothed with Botox or Xeomin.

Crow’s feet: Lines from the corners of the eyes can be alleviated using Botox or Xeomin

Chin, Nose, and Neck: Bunny lines around the nose, horizontal lines along the neck, and chin dimpling may be treated using Botox or Xeomin.

Botox and Xeomin are two treatments that should always be injected by a trusted provider to avoid unwanted side effects or undesirable results. Plastic surgeon Dr. Paul McCluskey provides Botox and Xeomin to patients in Atlanta, Marietta, Georgia, and surrounding locations.