What Happens if I Gain Weight after Liposuction? 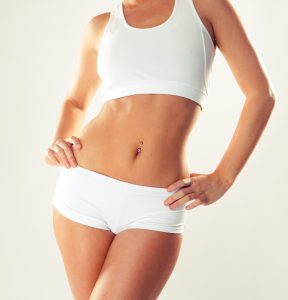 The new body contours will be more or less permanent after liposuction cosmetic surgery. But if the patient gains a moderate amount of body weight (under ten pounds), their new figure will not change significantly. They would merely appear as a slightly larger version of the new body shape.

As long as the patient does not gain an excessive amount of body weight, they can enjoy their new body contours. There will undoubtedly be an impact on the body shape due to the natural process of aging. However, the results of the liposuction will still remain visible.

How Changes in Body Weight Affect the Figure

The weight that a person puts on following liposuction will affect the appearance of their post-treatment figure. Patients should ideally weigh less after liposuction, at least by the amount of fat removed.

For instance, a patient who had an original body weight of 140 pounds and received liposuction surgery to eliminate six pounds of fat should weigh approximately 134 pounds following the procedure.

But if the patient puts on six pounds to weigh 140 pounds a few months after the liposuction, the cosmetic outcomes will still be appealing. However, they will appear sub-optimal.

In case a patient gains an additional ten pounds to weigh 150 pounds following liposuction surgery, the overall results will be negatively affected to a large extent. Patients who lack the dedication to maintain a stable body weight following lipo may not be suitable candidates for this procedure.

In case the patient puts on a significant amount of weight (ten pounds or above) following liposuction cosmetic surgery, the body will potentially produce fat. This fat must accumulate in different areas of the body. The new fat will usually deposit in various body areas in proportion to the number of fat cells in each site.

As a result, the liposuction treated areas will collect relatively lesser fat. However, the sites that are untreated by liposuction will accumulate significant deposits of fat.

For instance, in case the patient gains weight after liposuction of the hips, outer thighs, and abdomen, more new fat will deposit in areas such as the neck, upper arms, legs, back, face, and breast.

The surgeon will offer the patient instructions on following a balanced diet and exercise regimen after their liposuction procedure. The patient should only take gentle walks within their premises during the first one or two weeks after the surgery to improve blood flow.

In the following two to three weeks, they can progressively increase their activity level but without putting any pressure on the incisions.

In around one month, the incisions will heal completely. After that, the patient can undertake more vigorous exercises. They should consume a diet that comprises fruit, vegetables, and fiber while not including processed foods and saturated fat in their diet as much as possible.