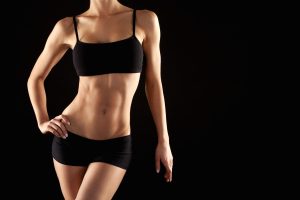 Liposuction is currently the most popular procedure performed by a cosmetic surgeon in the United States. Advanced surgical techniques and innovations in laser and ultrasound technology have made the procedure less invasive, more targeted and also more affordable. Liposuction may be performed as an independent fat reduction procedure or combined with other surgeries.

At the time of initial consultation, the plastic surgeon will discuss different aspects of liposuction, and also provide an idea of its estimated costs. One of the first priorities of a good surgeon will be to help the patient make a well-informed choice. Dr. Paul McCluskey is a committed plastic surgeon providing liposuction and various other procedures to patients in Atlanta, GA and surrounding communities.

Extent and Scope of Liposuction

The dollar figure for liposuction can vary from one patient to another depending on the extent and scope of surgery to be performed. The cosmetic surgeon will evaluate in close consultation with the patient about the total volume of fat to be removed from a specific area, and the total number of areas involved.

Liposuction in smaller areas such as the knees, ankles, cheeks or chin will be a relatively easier and faster procedure and will involve lesser risk and complexity. On the other hand, liposuction in major areas such as the abdomen, thighs, buttocks, flanks or the back will be more invasive and involve more time and higher costs.

Some patients may need redistribution of liposuctioned fat to certain other depleted areas to create more uniform contours. Some patients may seek specific procedures such as creation of abdominal six packs along with the main procedure. These innovations will enhance the results, but will also increase the costs.

Liposuction may become more cost-effective when the procedure is performed in conjunction with abdominoplasty, facelift, thigh lift or another procedure. The plastic surgeon may also offer a rebate in such cases. Dr. McCluskey receives patients from Atlanta, GA and nearby locations for liposuction and other procedures.

The choice of surgical technique can make a difference to the overall financial amount of liposuction. For instance, a traditional liposuction surgery will typically require general anesthesia, which will add to the costs of surgery. On the other hand, if the patient chooses a less invasive tumescent technique, it will only involve local anesthesia.

Sometimes liposuction may be performed in a less invasive way with the assistance of innovative technologies such as laser or ultrasound. The dollar figure for using these technologies will be added to the overall monetary amount of surgery. A patient should ideally focus on achieving the optimal outcome using advanced techniques that will reduce the invasiveness of the surgery.

The insurance company may provide coverage for liposuction only in a situation where it performed as a medical necessity. In most cases, liposuction is performed as an elective cosmetic procedure, and the insurance will not be covered. Patients can choose from various low cost financing options available to them in order to pay for the procedure in affordable monthly installments. The idea of crowd funding should not be ruled out either.