Liposuction For Your For Male Breasts 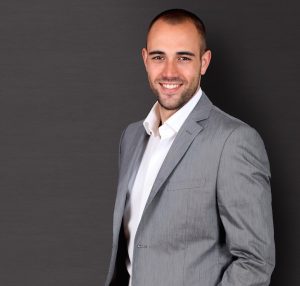 The objective of liposuction cosmetic surgery of the male breasts is to enhance the patient’s body shape by eliminating as much fat as possible without any damage to the muscles or skin.

Liposuction of the male breasts is one of the four body areas on men most often treated by liposuction. The other sites are the flanks, abdomen, and cheek/chin/jowls. Men with excessive fat in their breast(s) can expect dramatic improvement with tumescent liposuction.

New patients should understand that it is sometimes challenging to accurately determine the relative amount of fat and true glandular breast tissue in a male breast. A mammogram may help determine the amount of dense glandular tissue that is located within the surrounding fatty tissue.

Pseudo-gynecomastia refers to an enlargement of male breast(s) due to an excessive amount of fat tissue but a normal amount of glandular breast tissue.

Excessive fat is the reason behind most male breasts that appear unusually large. A slight but aesthetically undesirable degree of pseudo-gynecomastia probably develops in most men as they age.

There are various distinct reasons for the development of gynecomastia, such as failure of the testicles to generate an adequate amount of testosterone, alcoholism, and many medicines.

This plastic surgery procedure is most effective for pseudo-gynecomastia. In the case of true gynecomastia, the breast tissue is fibrous and dense.

Therefore, it is challenging to penetrate and suction out with a liposuction cannula. In normal, healthy males, there is a wide range of the relative amount of fatty tissue and glandular tissue located in the breasts.

A majority of healthy males have a small amount of glandular tissue and a relatively larger amount of fatty tissue in their breasts. Microcannulas can effectively remove breast tissue as well as fatty tissue from the normal male breast.

In case the glandular breast tissue is exceptionally dense, the patient may need surgical removal with a scalpel followed by closure using sutures.

While liposuction of the male breast is a well-recognized procedure, the technique and instrumentation have not been standardized. In our experience, smaller cannulas facilitate liposuction of male breast glandular tissue and create consistently excellent outcomes.

Certain surgeons use larger cannulas with an outside diameter of at least four mm. Many surgeons prefer the use of microcannulas. Yet other surgeons advocate excising male breast tissue using a scalpel despite the relatively high rate of disfigurement and scarring retraction.

Infiltrating a large amount of local tumescent anesthesia reduces the resistance of glandular breast tissue to penetration by a microcannula. The smaller diameter of the cannula makes it easier to penetrate the dense tissues. Microcannulas are suitable for performing liposuction within the dense part of the male breast.