Sometimes breasts hurt.  This is just a fact of life for women.  A search for “breast pain” on Google immediately pulls up 61,700,000 results.  A great deal of content on the major health sites is devoted to the subject of breast pain.  Breasts are glandular and glandular tissue responds to changes in hormone levels.  Changes in the body are often accompanied by aches and pains.  We’re not talking about fall on the ground in agony pain, but it’s enough to drive many women to the doctor to inquire as to the cause of this pain.  The most common cause of breast pain is probably associated with hormone changes from monthly periods.  This is called cyclic pain and it typically subsides as a period ends.  Cyclic breast pain affects both breasts and tends to occur in younger women.  Cyclic breast pain is considered a normal part of monthly hormonal changes and with menopause this type of breast pain will cease to occur.  Noncyclic pain is more common in women 30 to 50 years of age and it may occur in only one breast. It is often described as a sharp, burning pain that occurs in one area of a breast. Occasionally, noncyclic pain may be caused by a fibroadenoma (mass) or a cyst. If the cause of noncyclic pain can be found, treating the cause may relieve the pain. 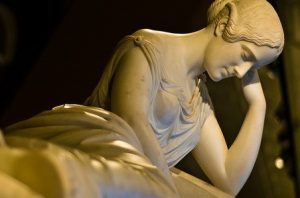 Breast pain can get worse with changes in your hormone levels or changes in the medicines you are taking. Stress can also affect breast pain. You are more likely to have breast pain before menopause than after menopause.

As a plastic surgeon I don’t typically treat cyclic/noncyclic breast pain unless it occurs in one of my breast augmentation patients.  If a patient arrives in my office with complaints of breast pain I recommend some over the counter treatments and refer her to either her primary care physician, an OB/GYN, or a breast doctor.  I still take the time to reassure these patients that it’s likely nothing serious but especially in patients with cyclic pain, there are other specialties who more commonly treat breast pain.

Other ways to relieve breast pain include:

When patients ask me about breast pain I know that underneath it all they’re concerned about the possibility of breast cancer.  Breast cancer is not often associated with pain and breast implants do not cause breast cancer.  A painful mass is not usually breast cancer but it can be.  This is one of those frustrating, ambiguous things that doctors often say to patients – so is it or isn’t it?  The only way to know with 100% certainty if a mass is benign or malignant is to perform a biopsy.  But if a young patient has cyclic pain for example, and she can feel painful cysts there is usually no indication to biopsy these as long as they change with the cycle.  The take home message is that breasts can hurt and most of the time it’s nothing to be concerned about.  Breast implants do not cause cancer and often times when a patient has pain months or years after breast augmentation, this pain is a result of cyclic/noncyclic breast pain, and not caused by the implants themselves.

For more information on other services offered by Dr McCluskey and the Plastic Surgery Institute of Atlanta visit http://sexualaesthetics.com/

“Oh my God my mom has breast cancer.”  That’s all I remember thinking.

I had just started my internship after graduating from medical school when our family received the news.  My mother had undergone a breast biopsy that revealed cancer cells.  I had grown all too accustomed to hearing and relaying tough news to patients and families.  With my medical career in it’s infancy I had already uttered the fateful words, “I’m sorry, we did everything we could do, but…” all too many times.  Trauma surgery in a major metropolitan university medical center is just that way – not everyone makes it.  So here I was a young, “battle-hardened” trauma intern and my parents call to inform me that my mother has breast cancer.  With the over-confidence that my shiny brand new M.D. degree afforded me, I knew all of the percentages about breast cancer survival, and I quickly deduced that my mom would be fine.  It’s not that I was insensitive, but at that point I only knew cancer and major illness as academic disciplines.  I knew the causes, treatments, and treatment success rates, but I didn’t really know the patients.  Except now this wasn’t about a patient, this was my mom.  And over the next few days it really hit me – forget all the numbers and the big doctor words and the treatment options – this was life or death.  This was surgery, radiation, chemotherapy, hair loss, puking your guts out, then praying to be among the lucky who don’t relapse.  And this wasn’t one of the 30 patients I rounded on at 5am, hoping to catch them before they were awake enough to ask a lot of questions. This wasn’t one of my nervous preop patients from whom I really just wanted a signed surgical consent.  This was my mom.

She would have surgery within the week and she had already chosen to undergo mastectomy on the affected side.  Again I turned to the numbers, and my limited knowledge of breast surgery to conclude that everything was going to be fine.  Not until I met my family at St Thomas hospital in Nashville before surgery did I realize how little I knew.  The truth is that the numbers, stats, and rates of complication, cure, and relapse, are incredibly important and they paint a pretty clear picture of how the average patient will do.  But this wasn’t an average patient.  This was my mom and she had breast cancer and despite having watched a few mastectomies I was scared to death about what was about to happen.  I had no idea if the surgery would “work”, as in would it cure the cancer, and what would have to happen afterward.  I was an intern – basically a fourth year medical student with an MD next to my name.  My family looked to me for some insight and I tried to be strong and reassuring but I had no idea what I was talking about.  I just wanted her to be ok and for this to all be over.

Fortunately everything went well.  St Thomas is a fantastic hospital and her breast surgeon, Dr Kathleen Crews Williams did a wonderful job.  The surgery took much longer than I had expected and the reason for that was simple – my mom underwent an immediate breast reconstruction by Dr Bryan Oslin, a Nashville plastic surgeon, after Dr Williams completed the mastectomy.  Dr Oslin performed a latissimus dorsi musculo-cutaneous flap reconstruction with a tissue expander.  In essence he raised and released the latissimus muscle from the back, rotated it through the underarm, and then used this large flap of skin and muscle to cover the mastectomy site.   He placed a tissue expander underneath the muscle.  This is a device similar to a saline breast implant that can be filled during and after surgery until it reaches a specified volume.  Once it reaches that volume and the tissue has had a chance to expand over it the tissue expander is removed and exchanged for a silicone gel breast implant.

I often think back to the image of my mom being wheeled from recovery to her hospital room.  I had never seen or even imagined her in this state, pale, & groggy, with tubes and IV’s, drains, and monitors all over the bed.  I knew what every tube, monitor, and drip represented but at that moment it was all a blur to me.  She was fine but she didn’t look fine.  None of my limited medical knowledge or experience mattered at that point – my mom was a postoperative patient and I was just one of her frightened, hopeful family members.

My mom was after all one of the lucky ones.  Her cancer was stage 1, her sentinel lymph node biopsy was negative for cancer, and after surgery she did not require radiation or chemotherapy.  She was placed on a medication called Tamoxifen that had been shown to prevent relapse.   She healed great from the surgery and always gives glowing reviews of her medical team including Drs Williams and Oslin.

That experience affected me profoundly in two ways – 1. It changed my entire approach to patient care and especially my approach to patients and families before and after surgery.  2. I wanted to learn everything possible about breast cancer diagnosis and breast reconstruction.

Nancy Brinker’s sister was named Susan G Komen.  Susan G Komen developed breast cancer at a time when much less was known about the disease and she died from metastatic breast cancer.  Nancy Brinker thus started the Susan G Komen foundation in her sister’s name, dedicating this hugely successful charitable organization to breast cancer awareness & research.  My story about my mother’s breast cancer pales in comparison to this, but it changed my life.  My mom was “cured” and she recovered flawlessly as a vast majority of women do these days. We have all been affected by this disease and through greater awareness more and more women have good outcomes.  My mother’s experience with this disease revealed to me just how little I knew about breast cancer and it changed the course of my career.