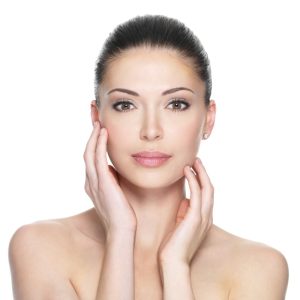 Rhinoplasty is an effective cosmetic surgery procedure designed to enhance the size or shape of the nose in proportion to other facial features. While the procedure is commonly performed for aesthetic reasons, it may also be used to correct functional anomalies of the nose. If the nose appearance has been damaged due to injury, rhinoplasty may be used to reconstruct the nose as desired.

Congenital defects in the appearance of the nose or causing breathing difficulties may also be corrected with rhinoplasty or nose surgery. Dr. Paul McCluskey provides rhinoplasty and other procedures to patients in Atlanta, GA. Dr. McCluskey is also well-known for his expertise in sexual aesthetic surgeries, including labiaplasty, vaginal rejuvenation, and labiaplasty repair.

Rhinoplasty procedure may be recommended by a cosmetic surgeon for one or more of the following purposes:

Any person who is at least 13 years or above in age, and is bothered by the aesthetic appearance of the nose, or suffering from functional anomalies of the nose, may be a marvelous candidate for rhinoplasty. Dr. McCluskey is an experienced plastic surgeon, who is widely recognized for providing sexual aesthetic procedures such as labiaplasty, vaginal rejuvenation, and labiaplasty repair.

Dr. McCluskey is also highly experienced in facial surgery procedures such as rhinoplasty, and receives patients from Atlanta, GA and nearby areas. He recommends rhinoplasty only after a careful evaluation of the candidate. The person should have a fully developed face, should be in good general health, should be a non-smoker, should be personally keen for nose enhancement, and must have realistic expectations from the surgery.

Rhinoplasty is primarily performed to correct cosmetic anomalies related to the nose. It can improve the appearance of the nose by reducing a dorsal hump, narrowing or widening the nasal bridge, refining the nasal tip, feminizing a dominant nose, and reducing or increasing the size of the nose.

Rhinoplasty can also be used as a reconstructive procedure to restore the appearance of nose following a severe trauma that has damaged the nose significantly. Nostrils can be reduced or widened to improve breathing function. Sometimes rhinoplasty may be combined with septoplasty in order to correct breathing problems caused by septum deviation.

Rhinoplasty may be performed using general anesthesia or intravenous sedation, depending on the patient’s aesthetic needs. The surgeon will typically perform it on an outpatient basis. Closed or open rhinoplasty techniques may be used to perform nose surgery. In case of closed technique, the incisions are made within the nostrils, while in case of an open rhinoplasty, the surgeon will make an inconspicuous incision across the columella, which is the tissue between the nostrils.